Personhood of a woman is a western civilisational gift

Comment on How to act in an unstable world by Sandeep
Mark: “You might also realize certain events are predestined and you can’t fight against them.”
Sri Aurobindo himself would be a good example. He was shown in visions during 1908 that would become independent. As a result, he stopped exerting himself on the matter.
Somewhere Sri Aurobindo or the Mother have said that as long as the future is being formed in the higher worlds, one can influence and change it, but once these potentialities descend into the subtle-physical, they cannot be altered.

Sri Aurobindo and His Dreams – Part 3 of 3 Awaken
On the day attained freedom, a voice spoke to the nation. The voice of the first Indian leader who demanded complete independence from British rule.

The Supramental Action (Yoga and Human Evolution) from At the Feet of The Mother Tuesday, 8th January 2013 at Hall of Harmony, Sri Aurobindo Ashram, Pondicherry, India.
We have entered an accelerated mode of evolution. It is at once individual and collective. As a part of this process we see certain tendencies that have long remained buried or else accepted as normal and natural are being raised up only to be exhausted or changed. The mind of the race that long accepted certain things is now disgusted with them and seeks to reject them completely. But what is the way and the process? Yoga is not about miracles but a steady climb towards new conquests, slow discovery of new possibilities, a victory over enduring difficulties and obstinate resistances.

01. Narad’s reading of The Mother on Savitri from Savitri
Sri Aurobindo’s epic Savitri running into about twenty-four thousand lines is not only a literary masterpiece; it is the supreme revelation of his vision, and a record of his yogic and spiritual attainments. It proclaims the future of man and prepares the necessary ground for the powers of the spirit to enter into his life. It speaks, for instance, about the essential sound becoming the material sound, and it is that which can give rise to new expression. It is the sound that can bring to us the knowledge-power of the spirit. These are the possibilities, and these have been most forcefully and luminously brought out by the Mother. It is that gift of hers which we value most, that which can form a constant source of inspiration, that we may grow more and more fully in it. Through it we can reach the vast realms of delight, brihat saubhagam, in the accomplishment of our life and our soul.
Assignation with the Night from Savitri there is the deep existential issue, and it cannot be wished away. One has to meet the Soul of the Night, and one has to talk to it, soul-to-soul. Sri Aurobindo becomes the bold pilgrim of the Night, the dark Soul, and fixes an assignment to meet her, to colloque with her; he indeed makes purposeful advances to woo her. This was on 26 July 1938 when important things were happening, and when were also seen dangerous signs of a thick shadow engulfing the world. He revisits her in 1944, on 18 August, when matters had taken a positive upward turn.

The Principle of Uniqueness In the Manifestation from Sri Aurobindo Studies
Sri Aurobindo has identified a persistent principle of the manifestation that becomes ever more apparent as we ascend the scale of consciousness, and that is the principle of “uniqueness” which is intimately bound up with the necessity of rebirth. It is in the end, the uniqueness of the individual that presents the hidden thread of development that cannot be accomplished through one lifetime. We see the start of the differentiation process as the unity of the life force begins to develop into different species of plant and animal life, what we might consider to be the development of a group consciousness that manifests characteristics that are unique compared to other species. Eventually, however, we see the further development, particularly as the principle of Mind takes hold, of unique individuals within the group who begin to develop and express characteristics that make that individual different from the rest of the common group.

The Best Response to Pseudo Darwinists from Adam Smith's Lost Legacy by Gavin Kennedy
H. Gintis, Samuel Bowles, Robert Boyd, and Ernst Fehr, editors 2005. “Moral Sentiments and Material Interests: the foundations of coopertion in economic life”, MIT.
Another Poor Darwinian Application from Adam Smith's Lost Legacy by Gavin Kennedy
Living things can go on for billions of years.  Natural selection works throughout these long time periods.  Species can separate (that’s why we are here) and continue alongside each other, others die out, even without competing, and some out-compete in limited space.  Innovation removes firms from old technologies either directly or indirectly.  Within the lifetimes of individuals these changes may have no effect upon them.
In short, I am not convinced by biological analogies, though I am convinced by Darwinian science.  When people who are convinced by biological analogies demonstrate that they understand Adam Smith’s moral philosophy and his use of the IH metaphor, I shall take more note of them.

We are caught between extremes of traditional and western perspectives on women Jan 9, 2013, 12.00AM Sudhir Kakar
The problem is that so many women men now encounter in the public spaces of India's cities and towns — to which both sexes have migrated in large numbers in the last few decades — such as those who have come into the cities to work or study, do not easily fit into the traditional mental categories of what constitutes a woman's personhood. In their dress or deportment, these women cannot be accommodated to the relational blueprint of the woman that the men have carried in their minds since childhood…
The recognition of indivi-duality constituting the personhood of a woman is a western civilisational gift which makes us acknowledge that the Indian woman is not only a person when she is relational but also, and in our context, especially when she is an individual. But we also need to recognise that the western sexual excesses of television channels, video films and internet sites which we are in the process of aping are perversions of individualism, not its essence. The writer is a psychoanalyst and novelist. 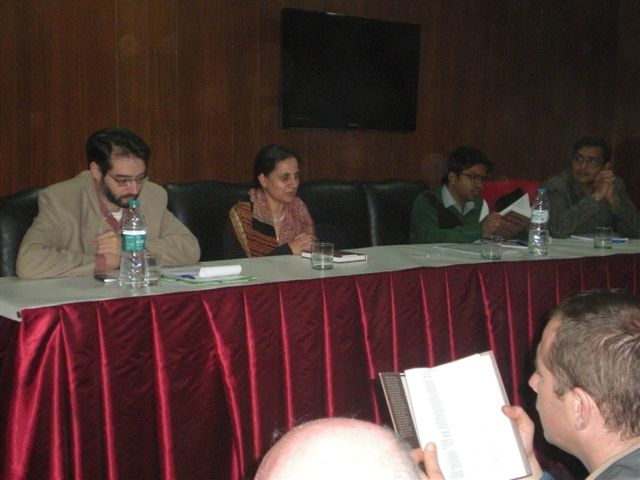